“You do it to yourself, you do
And that’s what really hurts” – Radiohead

AdWords have subtly announced that campaigns can now spend up to
twice their daily budget on a given day. Over the course of a
month accounts will never be charged more than 30.4 times the daily
budget (it isn’t obvious to me if this time period is rolling or if
it refers to calendar months); any clicks over this limit will be free.

See https://support.google.com/adwords/answer/1704443?hl=en for the details.

I have mixed feelings about this announcement. First I will explain why
it is a good thing and then I’ll discuss the downsides.

The vast majority of advertisers I have worked with run most of their
AdWords advertising on a monthly budget. These campaigns will not see
increased costs under the new system because, in the case of a monthly
overrun, AdWords will give them clicks for free. i.e. the worst thing
that will happen for 90% of the stuff I do will be that they get some
free clicks.

But there is always the need for short term campaigns or campaigns with
a different business cycle for which monthly budgeting is not appropriate.
These campaigns could have weird budgeting now that would have been more
stable before.

However (and this shouldn’t be a controversial point), campaign budgets
should not be used to control the daily spend. Instead, spend should be
controlled by adjusting bids. Identifying campaigns with Lost IS (Budget)
greater than zero and reducing bids in those campaigns is always an easy
win for me when taking over a new account.

Google know this too and since advertisers being excluded from the
auction because of lost budget is obviously bad for Google they have
proposed this as a fix.

Google will make this change to budget limits and things will get
better for advertisers as a result. But this is mainly because the
PPC managers for those advertisers were doing a bad job by using
daily budget caps to restrict the number of auctions their ads could
be a part of. Google have taken away some of our control because we
(as a community) weren’t using it properly.

The downside of this is that we are one step closer to a world where
Google say “we’ll bill you as much as we want to; just trust us that
you are getting value for money here”.

Google’s path from here to there relies on advertisers believing two
things:

I think the second point is true. The first point is less clear cut;
I don’t think it is anywhere near certain that AI is the future of
marketing. “AI” can mean anything from the singularity or skynet
(futures where marketing doesn’t matter very much) to basic applications
of machine learning (kind of where we are now).

But, if advertisers can be convinced that AI is the future of marketing,
then the natural next step is for them is to give more control to
Google because Google are better at AI than media agencies.

The paid search industries fetishisation of AI, seen in conferences and
blogs, is going to convince clients about the utility of AI even if
this is not the case. And then Google can just swoop in and do more things
automatically with no resistance.

In other words, as an industry we have no one to blame for this but
ourselves: 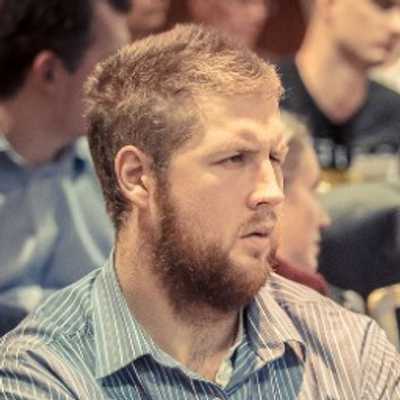 Richard Fergie is famous for his impressive knowledge in paid search as well as incredible knowledge of R, Google Analytics, and Machine Learning which he has trained other in at MeasureCamp before. Find out more about Richard by arguing with him on Twitter – https://twitter.com/RichardFergie